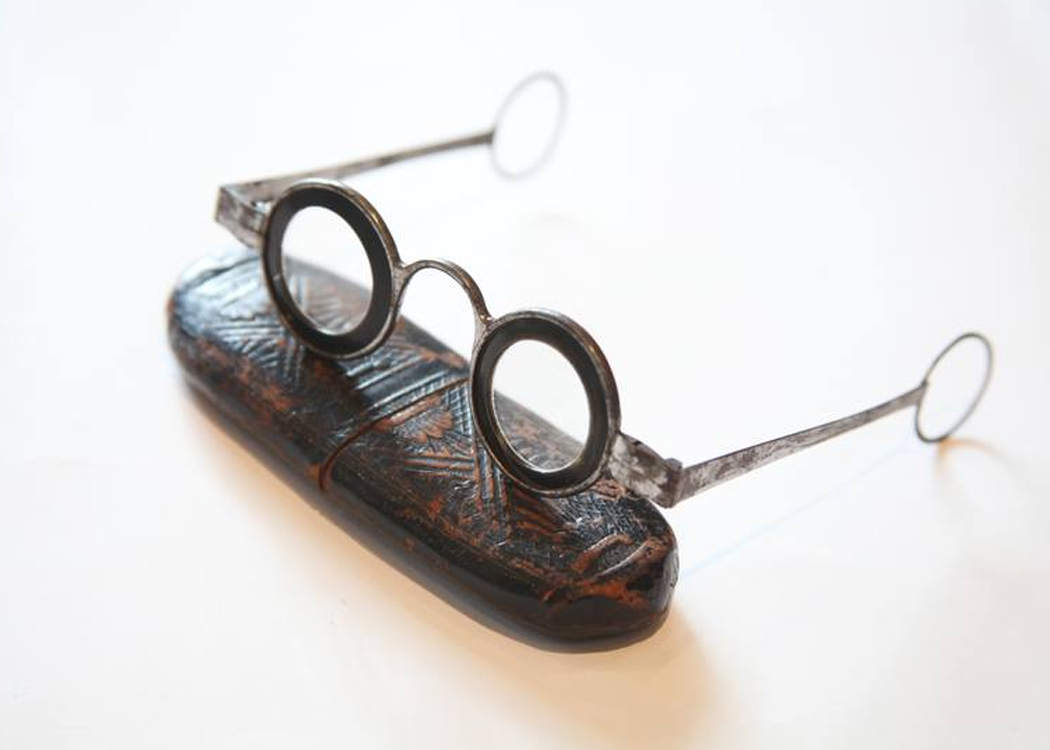 In fact, the main material of glasses is glass which dates back 4,500 years ago.  Thousands of years ago, it is known that people know about optics and realize that a certain form of glass magnifies objects. It was encountered glass fragments used as magnifying glass at 100 B.C in Cretan. One of the greatest researchers in the world and who was born in 965 Ebu Ali El Hasan İbn El Haytam played a impornant role in the development of optical science as his reseaches that sight optics and lens. For us today, the most important work on optics is “Kitab’ül Menazır” belonging to El Haytam.

Greek scientists have revealed that seeing comes from the rays which hit the objects. On the contrary, Haytam revealed that the light hits the objects and reaches the center of the eye, thus realizing the act of seeing.

It is still unknown the first person who found the great invention the eyeglasses despite long researches. However, according to some reports, it is mentioned that the eyewear was invented by Roger BACON. It is estimated that this person lived in Venice from 1250 to 1280. Because Venice was famous in the 13th century for glass production. The produced glass on that time were put on the article and it was read. It was said reading glass for this glass. Roger BACON has worked a lot on this reading stone and developed reading stone. The reading stone was made of quartz and mountain crystals. Beryl stones were also used. By the end of the 13th century, the glasses, which had been in the shape of a hemisphere until that time, began to be cut into flat glass. It was identified that the field of view was enlarged in this way. Later, separate glasses were used for both eyes. In this development process, the glasses used were put into the frames and combined with each other. These eyewear, known as riveting glasses, were made of iron, wood or horn. It was used only in front of the eye, inasmuch as there was no model to hold on the ear.

The lenses of the first eyeglasses were convex. These glasses were only useful for people with close vision problems. It would take a century to produce concave lenses that would help people with vision problems. As you can see, the development of eyeglasses in history is very slow. The reason why the lenses that will correct the problem of distant vision (myopia) could only be produced in the 15th century was that the glasses were used for reading purposes at that time. It was not so important to see far distance and the concave lenses production was very difficult and expensive. 350 years after being invented, the glasses woulld be held in the middle of the face without falling. Actually it was the last and most important invention on these glasses. Edward Scarlet invented the fixed eyeglasses stalk in London in 1730. As the stalk could be adjusted to the head, the glasses made less weight on the nose and the danger of falling was prevented. After increasing the number of printed books and newspapers from the printing house, it became a necessity and the eyeglasses were out of luxury. In the middle of the 14th century the Italians gave the name of eyeglasses “Lenticchie” because of the similarity to glass of the eyeglasses. This name was used for about 200 years. The lens used today is named after the name “Lenticchie” which means English lentils.

The first eyewear shop was opened at Philadelphia in 1783. At Francis Mc Allister’s shop, he packed his glasses into a basket, and the customers were trying them one by one and getting what was right for his eyes. The first sunglasses were used by the Chinese during the 1430s. The Chinese were darkening the eyeglasses with the smoke. But they were not using the glasses to protect themselves from the sun. They were the courts where they used their glasses. The reason of using sunglasses was protecting their thoughts from other people in court by closing the eyes. Later Italians also brought numbered glasses to China. But the Chinese still used them darken.

When exposed to sunlight, darkened glasses of colormatic eyeglasses were originally developed in the late 1960s. Its widespread use was in the 1990s.